GoFundMe provides a platform for people to create fundraisers to meet a variety of financial needs. According to user research, people often hesitate to create a fundraiser because they fear the burden of managing a fundraiser alone. The goal of GoFundMe team fundraising was allow campaign organizers to share the responsibility of starting and promoting a campaign. 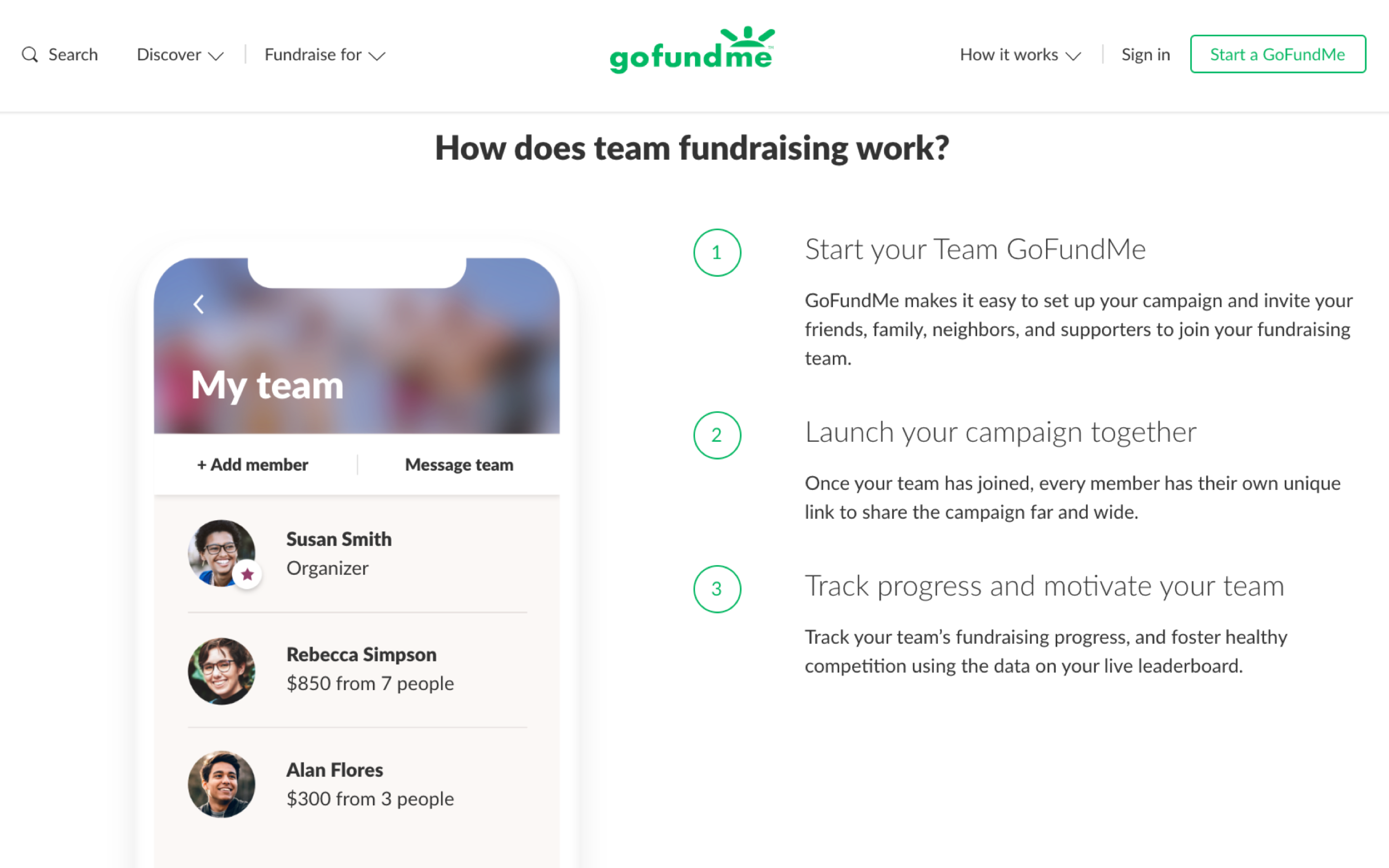 The scope of the team invitations feature was small but it impacted mobile web, desktop, and native platforms. I worked as the lead designer along with a product manager, native engineer lead, and two full-stack engineers for one month.

My role was to design a simple process to invite team members on desktop, mobile web and native. Campaign organizer have the option of copying an invitation link or integrating their email account to send a message through GoFundMe’s platform. 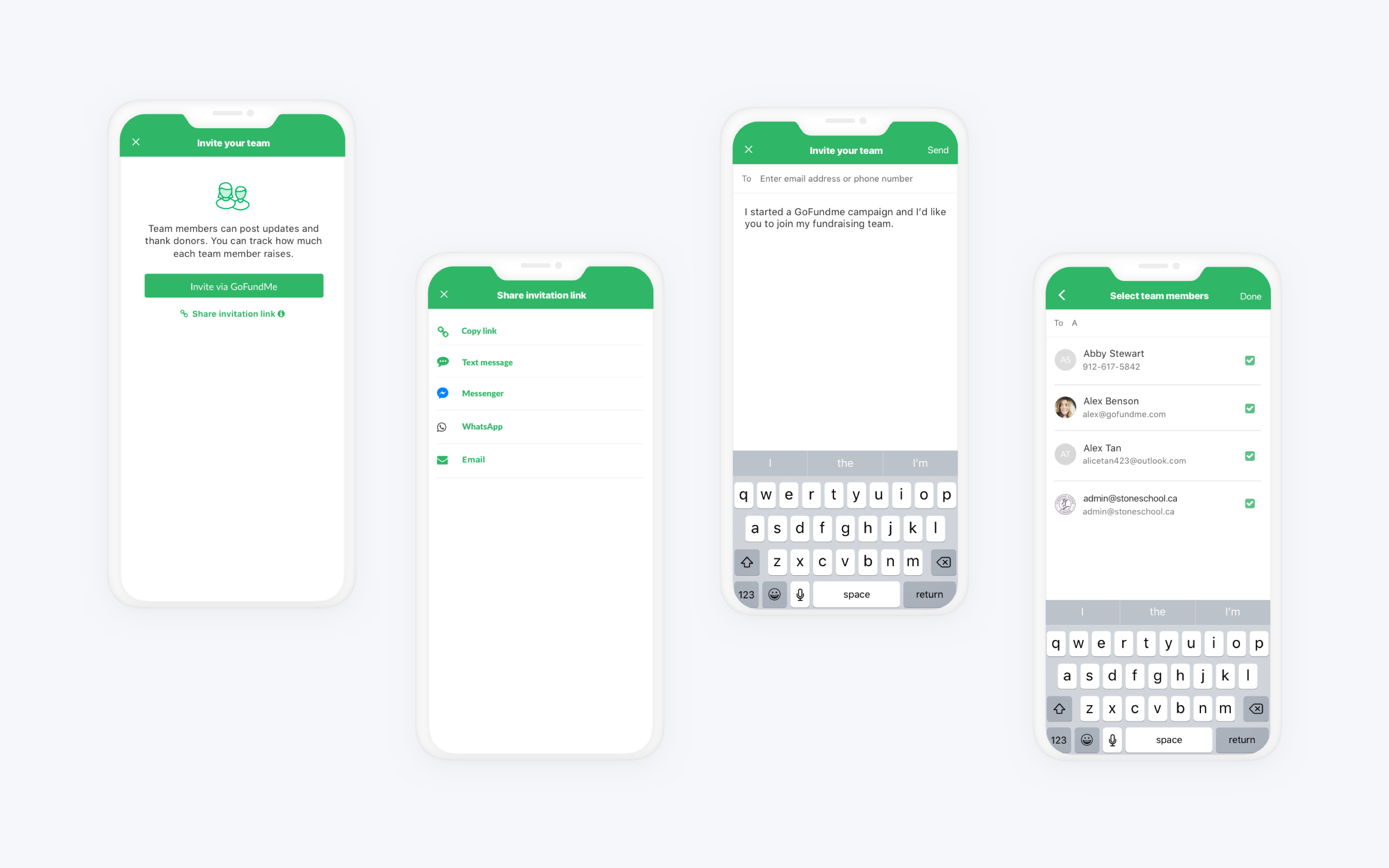 The native invitation experience allowed more options for inviting team members. Campaign organizers could send invitation links through their native messaging apps, like Messenger and Whatsapp. However, our team still chose to promote the primary method of sending invitations through GoFundMe’s platform. Invitations sent through the GoFundMe platform allowed us to give campaign organizers updates about their pending team members.